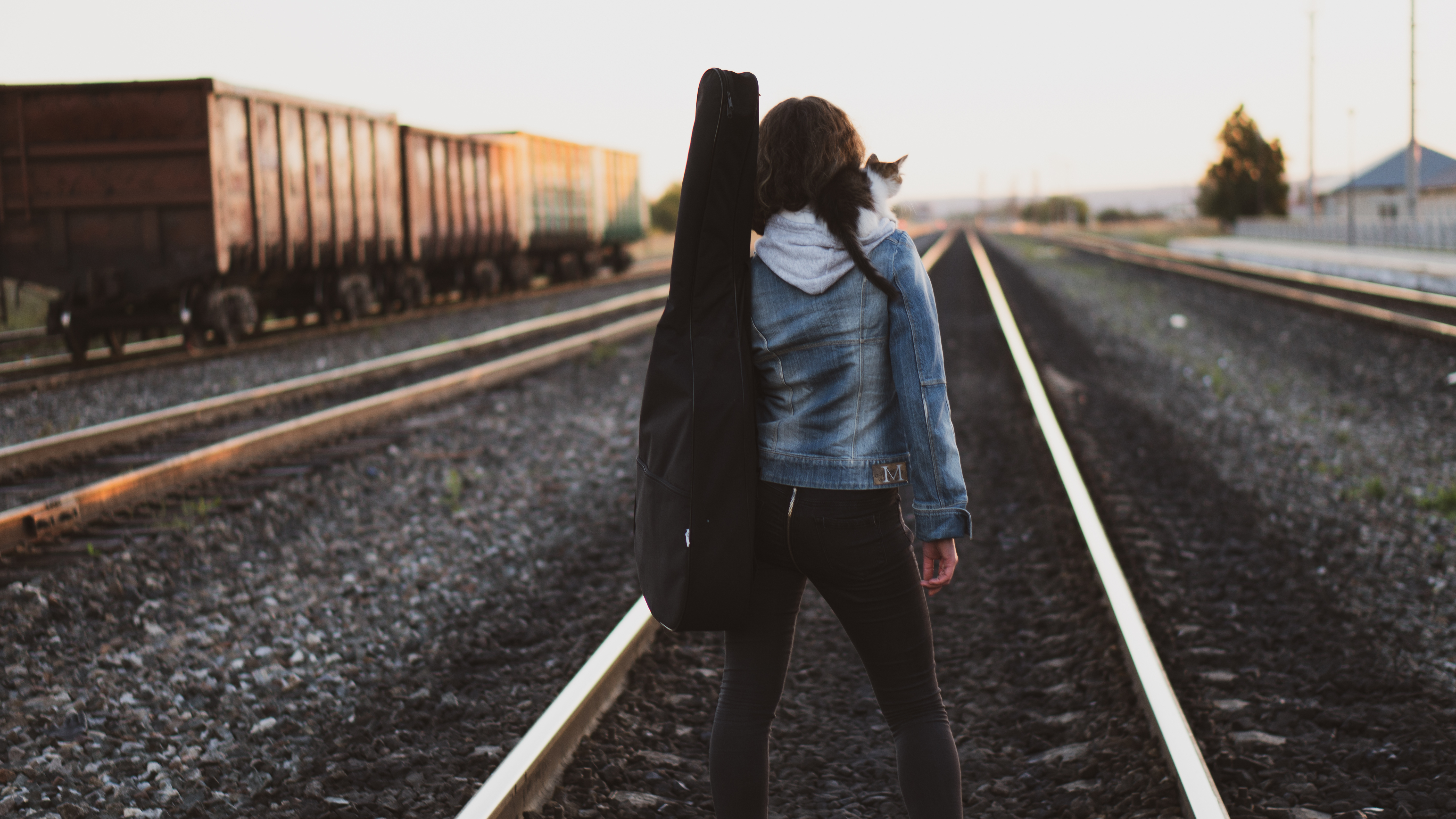 There’s so much music out there, sometimes I feel like artists can go amiss. They stand out but aren’t getting buzz because maybe they don’t have a label, or radio stations aren’t giving them a chance, or whatever else may be the reason. But my ultimate focus is that I love to hype up those artists that you may not have on your radar. Artists that deserve some recognition.

You may know this fella if you were a follower of his band, Timeflies. But Cal recently has been dropping some solo music that is absolute FIYAH. He recently released his solo project called “The Identity Crisis,” a song titled “Dressed Up in White” that he wrote & sang to his now wife at their wedding. His latest release is called “Catch” and my goodness, you have to check it out. He made it really hard to search for him on music platforms (love you Cal!) so try looking him up by his song titles, lol. Definitely worth the listen.

So I discovered Christian when I went and saw Phillip Phillips on tour years ago. He was absolutely amazing, & his songs were so catchy. Except, I never think he got the recognition that he deserved. I’m pretty sure he had issues with his label & seemed to go quiet the past couple of years, but he recently put out a few new songs, “Pineapple Rum” & “Throwback,” which are absolutely perfect for the summertime. They also have a more sultry vibe than his old songs (“Safe Place to Land” got some good traction) that I am absolutely here for. You HAVE TO add these songs to your summer playlist.

You may already know them, as they have a good following & are really hip in the festival scene, but I always like to shoutout Misterwives, because they just are feel good vibes. I’ve been keen on them since they released their first project “Reflections” which featured my favorite song of theirs, “Kings & Queens.” They’ve released some more recent music, an EP titled “Minibloom” with their next album releasing in July, titled “Superbloom.” Two of the members of the band had gotten married a couple years ago & recently decided to split, so I anticipate a lot of break up songs / songs relating to this break up. Hopefully some strong, independent hype up songs that encourage us that we can in fact, get over it! I’m excited for it, to say the least.

I’d say Coin got some major radio play for their single “Talk Too Much,” which is how I found out about them on a local Nashville radio station. But but but, their album, “How Will You Know If You Never Try” really got me hooked. They’ve got the quirky, alternative, hipster ish vibes. I’ve seen them a good amount live & they kill it every time. I even got to meet Ryan (on the right) the last time I saw them at Red Rocks (which was so dope, btw). They just released an album, “Dreamland,” which I still need to dive into but YOU SHOULD TOO!

Wowza. These two are something else. I saw them open for Camila Cabello when she was on tour in 2018. Little did I know, they seem to write songs for some big artists, Demi Lovato being in there. They have a song called “High Without Your Love” that I am sooo obsessed with it’s insane. They just released an EP titled, “heart eyes,” so give that a listen, I INSIST.

Guys. If you don’t know Spencer, I’m not sure we can be friends. He has the most amazing voice – his high notes KILL ME. He has appeared on UK’s X-Factor (THAT’S CRAY) & gone on tour with In Real Life. He has accomplished so much, but still think he deserves a lot more love than he gets credit for. It seems he recently-ish opened up about trying to fit a mold when it comes to this industry, trying to make his music sound like others, dress like others, etc. His latest music has really given us a different sound & he’s been upping his style game, giving me a mad 70’s vibe (photo does not reflect, just check out his instagram). But ultimately, listen to his music, PUH LEASE.

Originally from Sweden, she came onto my radar by collabing on a song with Timeflies, titled “Raincoat.” Her voice gave such a magic to that song that it’s one of my favorites. Someone else did an acoustic cover of it, & it just didn’t sound the same because it wasn’t her voice on the track. She’s got loads of streams on Spotify, so I ain’t lying when I say, you gotta listen. Her latest release is a single titled “Nobody Likes Moving On.”

Hailing from Cincinnati, Ohio, Public provides a fun-loving music vibe, also perfect for summertime. Ironic, as their latest single, “Honey in the Summer,” just dropped & is already on my playlist. Perfect for a day by the pool (or on the beach, if you wish). I came across them at a college show I went to years ago, and fell instantly in love. I’m almost guaranteed that you will too. They definitely are talented & you should love on them, will ya?

So there you have it, folks. I hope you have some new artists you can (& will) be listening to from here on out. If you’re not satisfied or need more, feel free to caruse my Spotify playlists to find more: here.